Coastal getaways and beach retreats are about spending as much time in the water as possible. Or – in the case of these unique hotels – underneath it. We’ve picked out some of the world’s best underwater hotels for a getaway to remember. 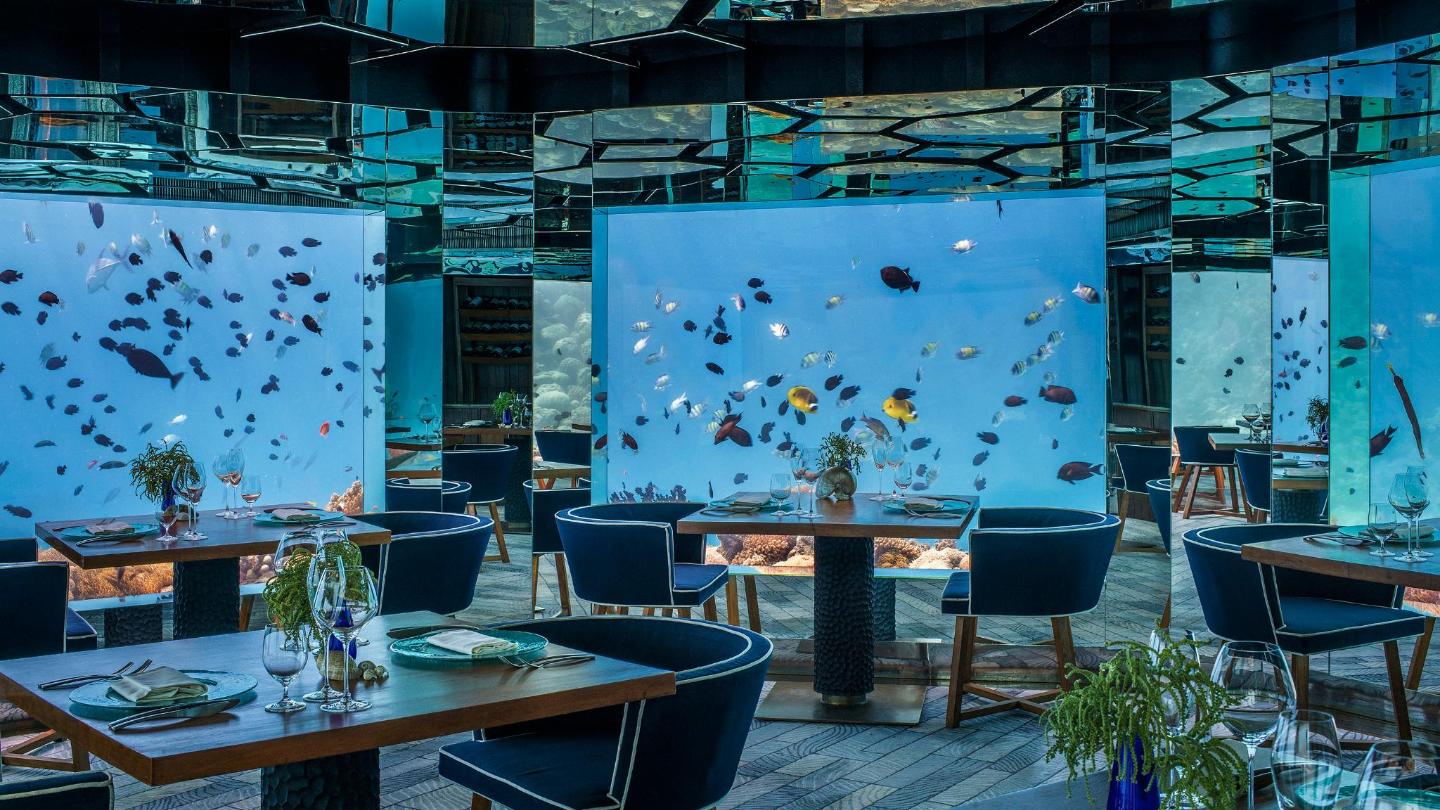 Located on Kihavah Huravalhi island, Anantara Kihavah Maldives Villas is a group of thatched roof villas, surrounded by azure waters and shaded by palms – some are built over the water itself. But there’s more... Anantara Kihavah’s restaurant, simply called Sea, is home to one of the world’s only underwater wine cellars. Between one and two metres below water depending on the tide, it’s a circular dining space encased in thick glass which looks out onto the thriving marine life beyond, and its octagonal-shaped ceiling displays a thoroughfare of marine activity above your head. Watch as ancient sea turtles and pinstriped-patterned fish glide languidly by as you dip into freshly plated Maldivian lobster or pan-seared Miyazaki Wagyu beef.

Atlantis The Palm in Dubai, UAE 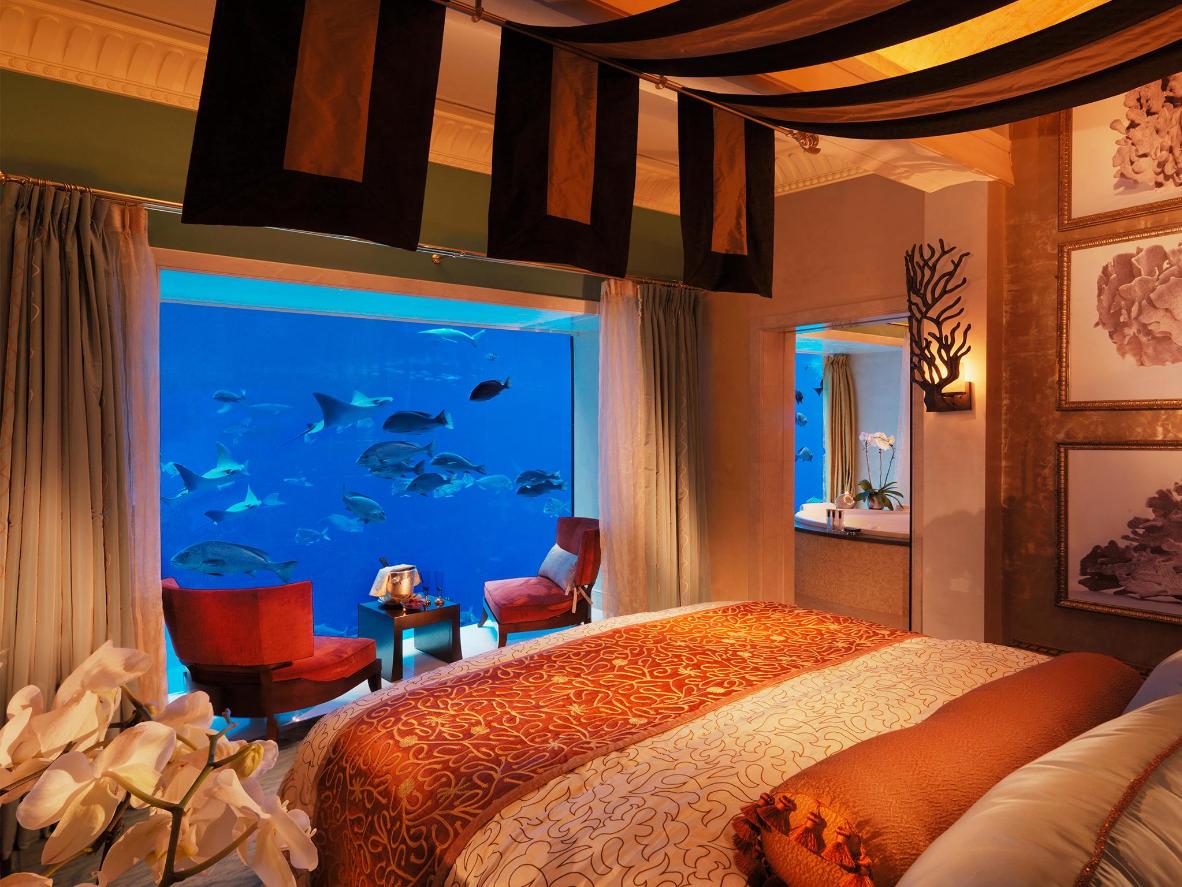 Not quite the real Atlantis, Atlantis The Palm is as close as you’ll come to life on the famed but fictional island. Perched on Dubai’s palm-shaped Palm Jumeirah, its views of the Persian Gulf will keep you captivated above water. But it’s below the turquoise surface where the magic happens. Take a private elevator and you’ll reach the two underwater suites, dubbed Poseidon and Neptune. Once you’re under, it’s all-out luxury with marble floors, a living and dining area, a walk-in closet and even an extra bathroom for guests. In the bedroom and en-suite, floor-to-ceiling windows provide views of the water, home to over 65,000 marine animals. Prepare to watch stingrays and sharks pass by while you soak in the tub or curl up in your king size bed. 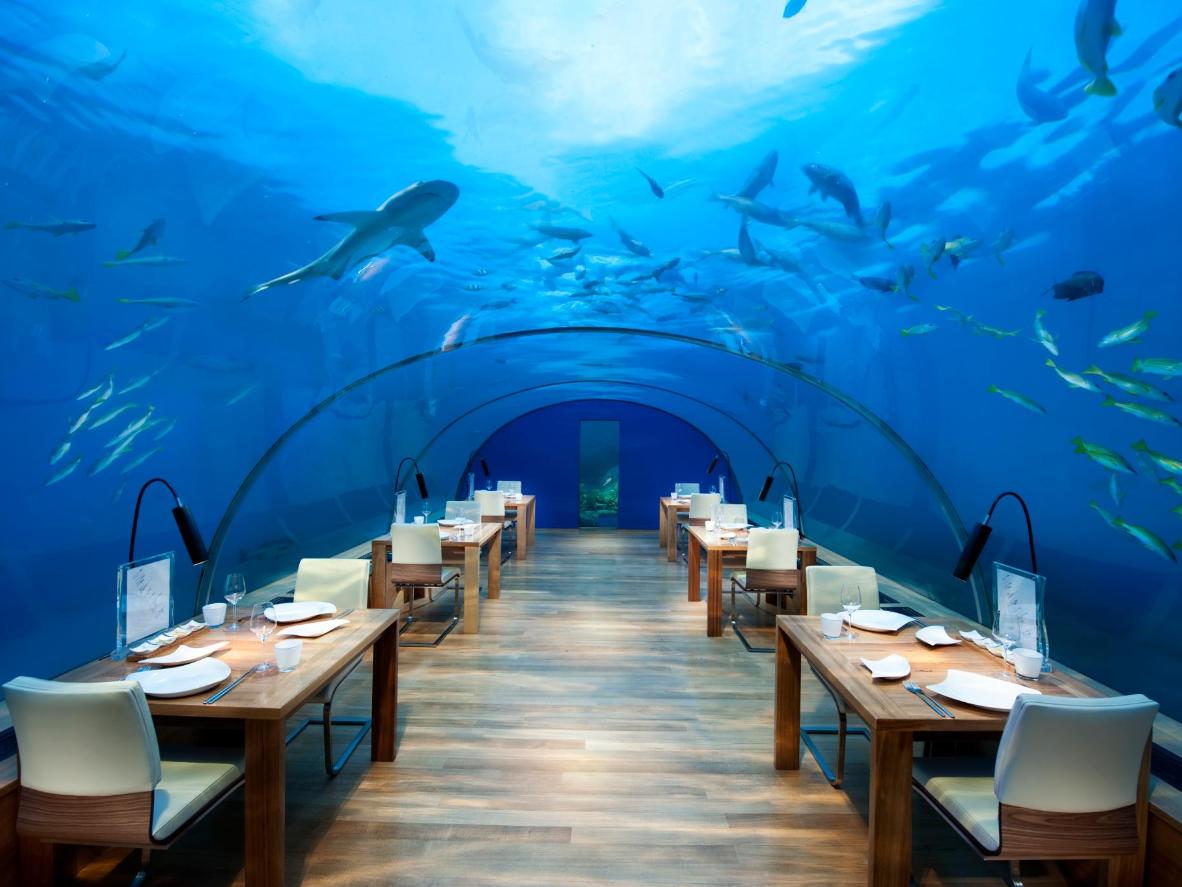 At Conrad Maldives Rangali Island, thatched villas cling to wooden walkways and teal blue waters lap gently below. With jetties that stretch up to 500 metres into the Indian Ocean in the middle of the Maldives, you might be tempted to spend all your time wandering these winding paths. But it’s worth taking a jaunt over to one of the many pavilions and down the shadowy staircase to Ithaa Restaurant. Five metres below sea level, Ithaa is the world’s first all-glass undersea restaurant and feels like a futuristic vision. A long glass tunnel, furnished with light parquet wood flooring and farmhouse style dining tables, is the only border between you and the sea. Beyond the thick glass panes, polka-dot patterned whale sharks swoop overhead, while iridescent shoals of fish dart quickly by. The food is exceptional – think grilled reef fish with lobster and leek terrine – and while there are plenty of plates to keep you amused, it’s outside where the real show goes on. 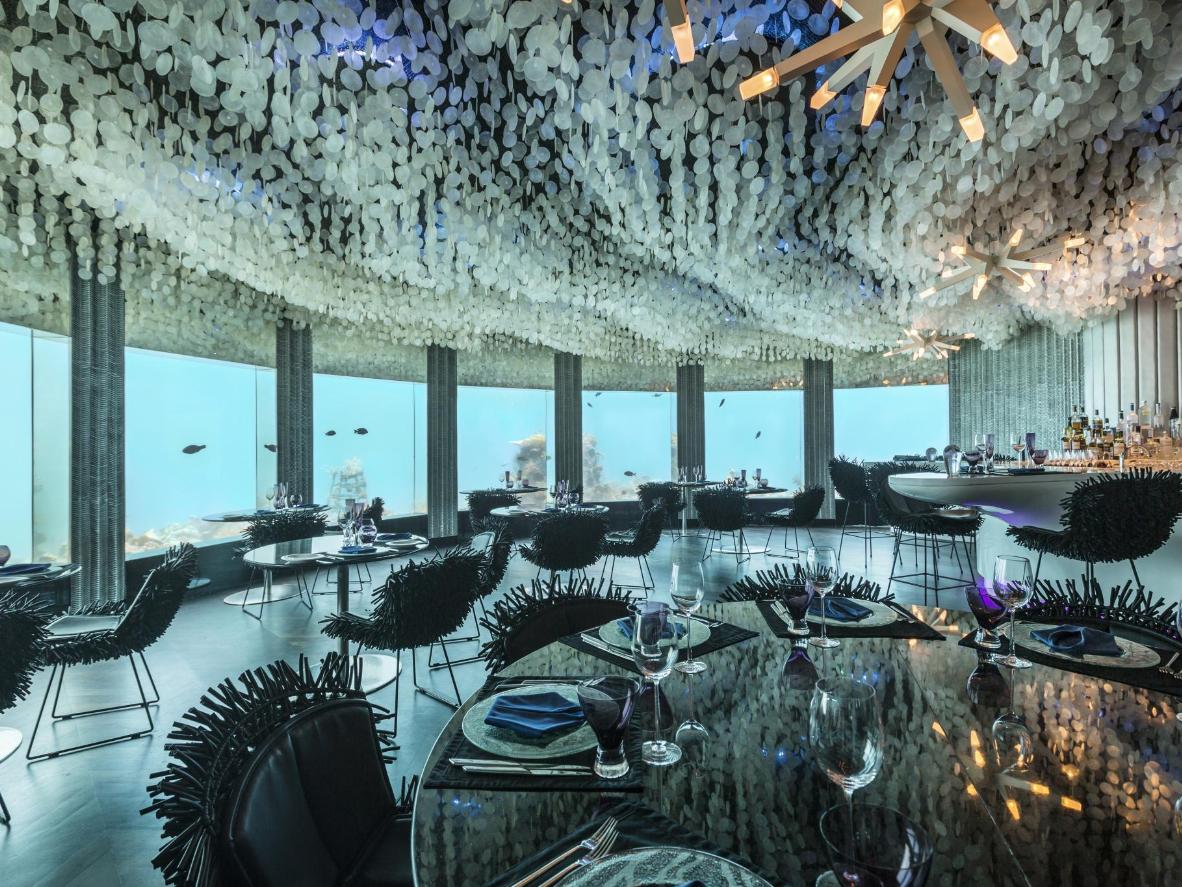 Niyama Private Islands in the Maldives is an island getaway and the stuff dreams are made of, offering cabanas with private pools, a 24-hour spa and a private beach. Though the daylight hours will afford you unblemished vistas of the deep blue waters, the real scenery starts when the sun goes down. The property’s nightclub, Subsix, is the world’s first underwater venture of its kind. 500 metres offshore and six metres below the sea surface, you’ll need to take a seaplane to get there. Decked out with an icicle-style ceiling, fluorescent blues and ever-changing neon lighting, the nightclub and restaurant is visually stunning. Perch by the bar and order yourself a Coral Sour, before dancing through the night (though you’d never know) and forgetting about the world above. 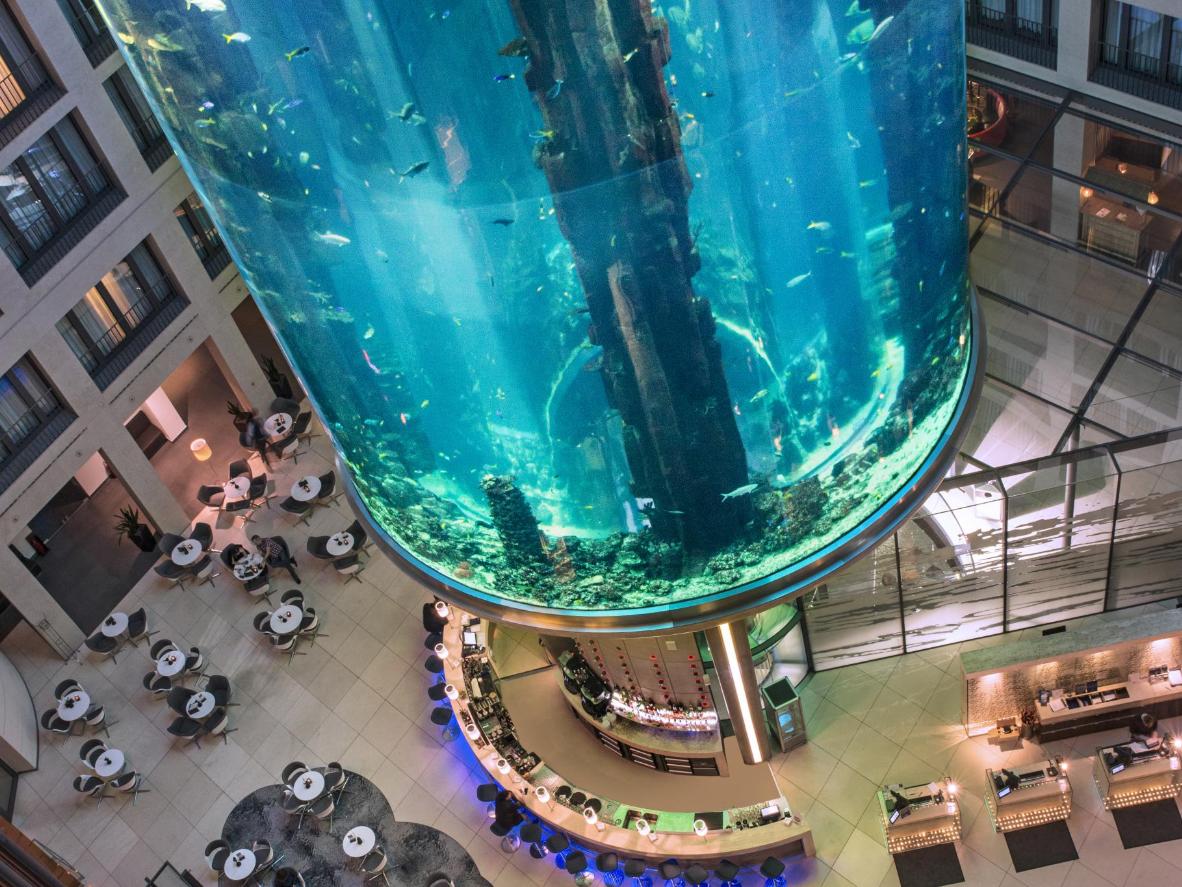 Drink up at the Atrium Bar, where over 1,500 tropical fish swim overhead

While not quite an underwater hotel, the Radisson Collection Hotel in Berlin deserves a mention for the sheer feat of its aquatic design. Enter the Atrium Bar and the only thing to do is to look up. Standing tall at 25 metres high, you’ll see the world’s largest cylindrical aquarium, containing a colossal one million litres of salt water and over 1,500 tropical fish. It’s both an impressive and absorbing sight, being beneath the swirl of activity overhead that makes you feel as though you’re scuba diving, yet also sipping on a Toblerone cocktail or a classic champagne number. 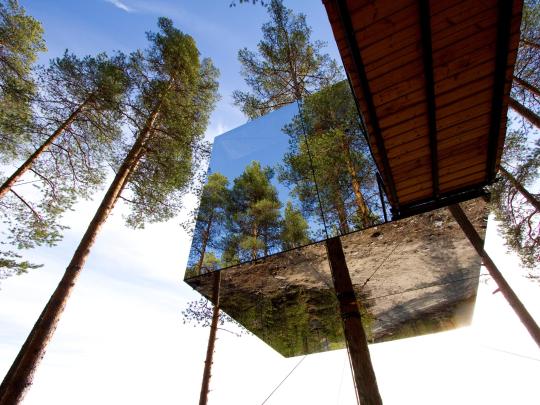 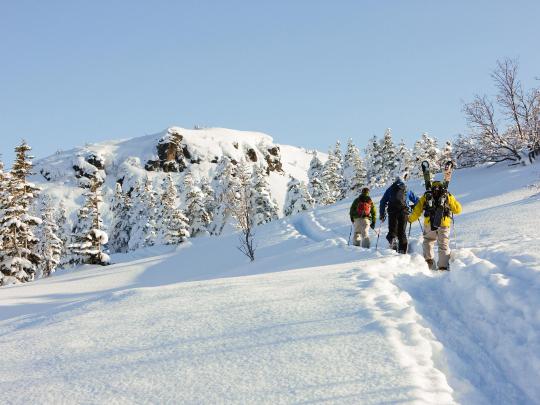 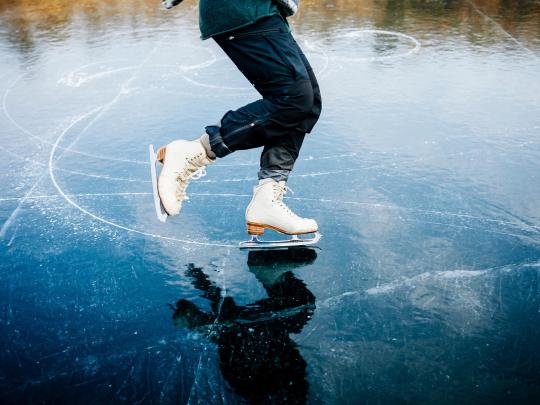 Ancient glaciers, sprawling mountain ranges and more islands than you can count. 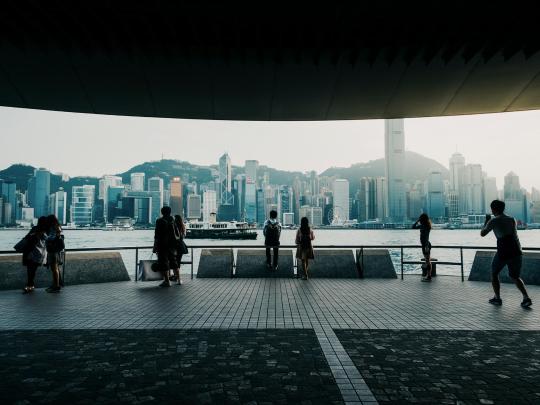 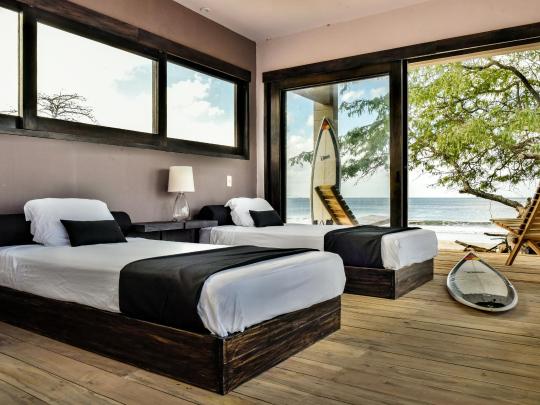 5 of the best designer surf hostels

Surf’s up in stylish surroundings.