Please check for travel restrictions. Travel may be permitted only for certain purposes and in particular, touristic travel may not be allowed.

Search hotels and more in Canberra

All 138 hotels and more in Canberra
Show map 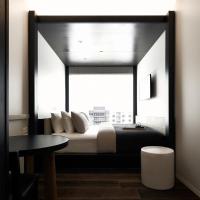 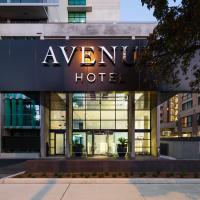 Located in the heart of Canberra, this stylish hotel offers a restaurant and a fitness centre. All luxury accommodation features a private balcony with outdoor furniture. Good location, very convenience to go shopping center, restaurants and Parliament House! Two beds room services apartment is a good choice for traveller with family! Big space for one night stay! 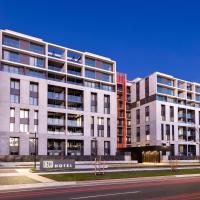 East Hotel and Apartments features an on-site restaurant, a bar, a fitness centre and 24/7 reception. Each studio and apartment includes cable TV and in-house movies. Great location, easy access to the shops and restaurants. Accomodation was very comfortable. Good location for sightseeing.

Offering a state-of-the-art fitness centre with indoor swimming pool and sauna, this luxury hotel is only 5 minutes' drive from Parliament House. Nice staff, rooms and pool/spa/sauna 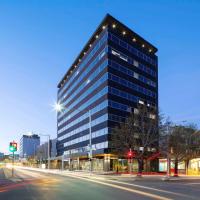 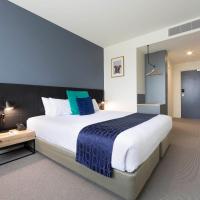 Located just 6 minutes' drive from the centre of Canberra and the War Memorial as well as 10 minutes' drive from Parliament House, Mantra MacArthur Hotel offers stylish and contemporary studios and 1... The staffs were really helpful and was ready to help whatever you need assistance with. Breakfast had good european options. 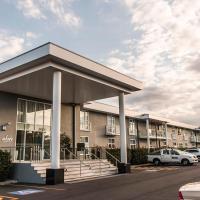 Featuring free WiFi and a fitness centre, Vibe Hotel Canberra Airport offers spacious accommodation, situated at Canberra Airport. If you’re needing to catch an early flight, as I did, there’s no better place than the Vibe at CBR airport. Very strongly recommended! 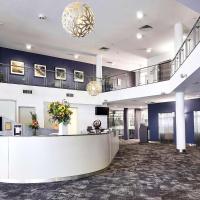 Featuring a restaurant, bar and a fitness centre, Quality Hotel Dickson is a 7-minute drive from both Canberra Centre and Australian War memorial. Free parking is available. The room was very big and suit us child and two parents. All theCar has parking palce right beside and free of charge. 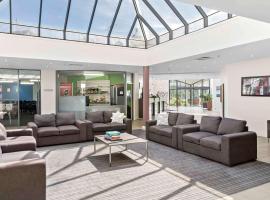 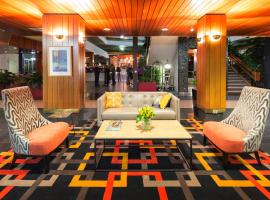 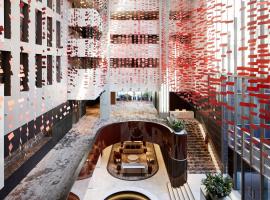 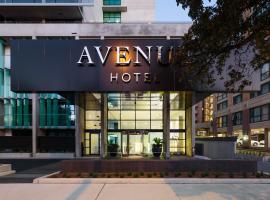 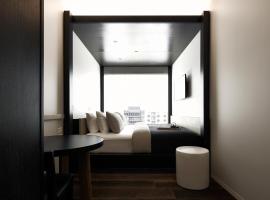 Located 1km from Old Parliament House and Capital Hill, Hotel Kurrajong Canberra is a heritage-listed property with a café, restaurant and 100MB of free WiFi per day, per room. Location very good and food very good the 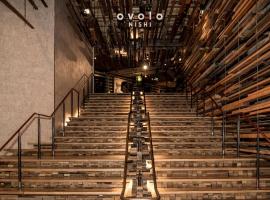 Offering a 24/7 front desk, a fitness centre and a bar, Ovolo Nishi is located 5 minutes' drive from Parliament House and the site of the beautiful Floriade display. Excellent everything was fantastic! 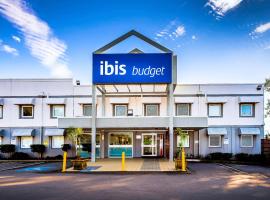 Just 7 km from the Australian War Memorial, ibis Budget Canberra offers air-conditioned rooms with a TV and a work desk. It features a guest laundry and vending machines. Location and price as well as amazing breakfast 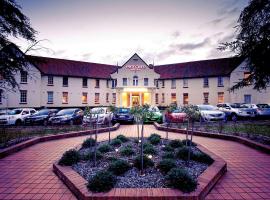 The 4.5 star Pavilion On Northbourne features Canberra's largest indoor tropical garden atrium. There is also an outdoor swimming pool, fitness centre and onsite bar and restaurant. A most pleasant hotel with our room being at the rear of the building and thus no traffic noise.

Located in the heart of Canberra, the Crowne Plaza offers contemporary rooms and a choice of 4 in-house dining options. Guests have free access to a fitness centre with a sauna. Lovely room with a view of the park 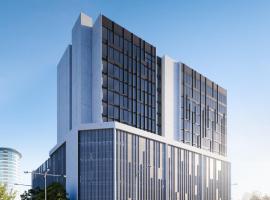 Set in Canberra, 8 km from National Zoo and Aquarium, Mercure Canberra Belconnen offers accommodation with a restaurant, private parking, a fitness centre and a bar. It was neat, easy to park and love that you can stream on the tv from your phone. 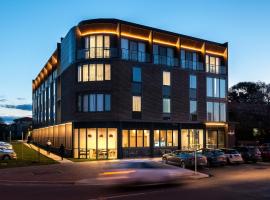 Featuring 4-star accommodation, Abode Kingston is located in Canberra, 2.7 km from Old Parliament House and 2.7 km from Questacon. Staff are super accommodating with requests like early check in and late check out 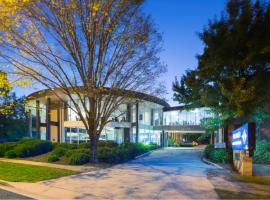 Ramada Encore Belconnen Canberra offers complimentary WiFi, free car parking and air-conditioned rooms . Guests have access to a cardio room, plus a restaurant and bar. Very happy with the proximity to Canberra University 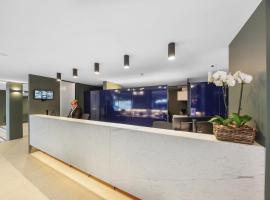 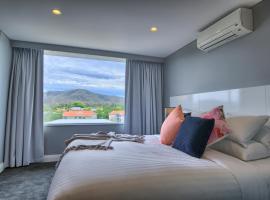 Just 5 minutes’ drive from the Australian War Memorial, Canberra Rex Hotel offers air-conditioned rooms with free WiFi and cable TV. The hotel was modern lovely bathroom with sensor light at night when there was movement but placed...

Located in the elegant suburb of Barton, on the footsteps of Parliament House, Hotel Realm is contemporary in design and features 2 day spas, 2 health clubs and 5 on-site restaurants. The best hotel I have ever stayed!!! 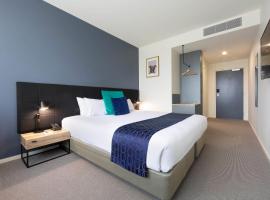 Located just 6 minutes' drive from the centre of Canberra and the War Memorial as well as 10 minutes' drive from Parliament House, Mantra MacArthur Hotel offers stylish and contemporary studios and 1... The staffs were really helpful and was ready to help whatever you need assistance with. 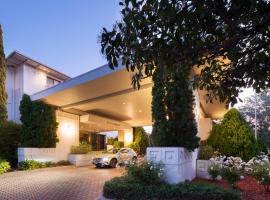 Newly refurbished in October 2018, the stylish 4.5 star Ramada Diplomat Canberra is located in Griffith, 5 minutes' drive from Canberra's Parliamentary Triangle and offers rooms with free Wi-Fi and... The hotel was great to stay really comfy and nicely located. 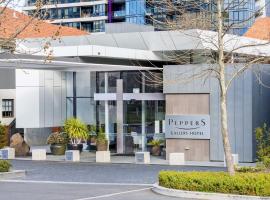 Peppers Gallery Hotel is a luxurious boutique hotel, a short walk from the shores of Lake Burley Griffin. Each room is equipped with a Bang and Olufsen plasma-screen TV and coffee maker. Lovely place. Staff were very friendly and helpful , especially Jack on the front desk who helped... 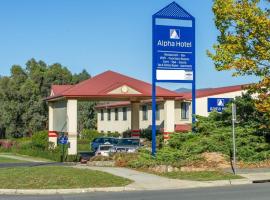 Nestled in the Tuggeranong Valley, Alpha Canberra Hotel & Apartments offers accommodation just a 20-minute drive south of Canberra city centre. Check in and out was very fast. Service was excellent. Breakfast was quite adequate.

FAQs about hotels in Canberra

A popular quiz question is: what’s the capital of Australia? If you answered Sydney or Melbourne then it’s time to discover the real answer – Canberra. With Parliament House at its core, Canberra fans out across both sides of Lake Burley Griffin to reveal a diverse mix of museums, restaurants and bars filled with curious tourists, political persons and public servants.

Canberra was created as a solution to Australia’s 2 largest cities squabbling over the right to become the national capital. The Limestone Plains region in New South Wales was chosen as the site for present day Canberra. It was a good choice for nature lovers as it is surrounded by bushland, mountain ranges and, more recently, wineries.

The National Gallery, National Museum and National Library of Australia highlight Canberra’s cultural riches. Other notable institutions to visit are the High Court of Australia and the National Film and Sound Archive that stockpiles a collection of Australia’s early radio, television and film history.

The military also plays a significant role here with many training facilities for the army such as the Australian Defence Force Academy. An unforgettable experience is attending the Anzac Day Dawn service at The Australian War Memorial.

Australia’s cultural capital with a political punch has many hotels, motels and apartments on Booking.com for that city trip, business jaunt or family holiday.

« »
Close calendar
Manage cookie preferences
By clicking "Accept" you agree with the use of analytical cookies (which are used to gain insight on website usage and which are used to improve our site and services) and tracking cookies (both from Booking.com缤客 and other trusted partners) that help decide which product to show you on and off our site, measure the audience visiting our websites, and enable you to like or share things directly on social media. By clicking here, you can manage your consent and find more information about the cookies we use.