Support for those coming from Ukraine

Some properties in this location are offering free and highly discounted rates to make it easier for those coming from Ukraine to find a safe place to stay (ID required upon arrival).

Find a place to stay 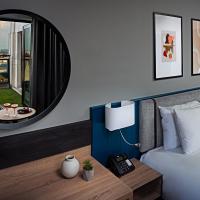 The George Hotel Limerick is a luxury hotel located on a corner of O’Connell Street in Limerick city centre, making it the ideal starting point for shopping, gigs/shows, sports fans or tourists... Hotel facilities were excellent, good sized bedroom, comfortable bed and pillows, good temperature throughout the hotel, staff very friendly and accommodating, good breakfast, conveniently situated in Limerick centre. Safe parking in nearby car park which was locked overnight. 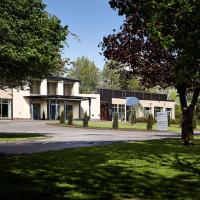 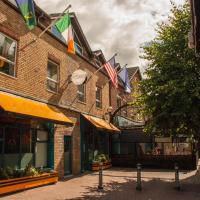 The Old Quarter Townhouse is located in the heart of Limerick city centre, beside the pedestrian shopping area, close to pubs, restaurants, cafes and local attractions. Great place in a great location. Everything you need. 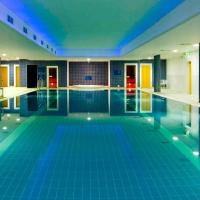 Maldron Hotel Limerick offers a leisure centre, bar, restaurant, free Wi-Fi and free parking, near the Cork to Dublin route. The city centre is just 2 km away. Easily accessible with underground parking. The staff was super useful helping us get reunited with our lost luggage. The food at the restaurant was delicious. 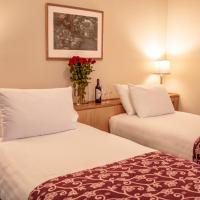 Pery’s Hotel is situated in the heart of Limerick’s shopping district in the historic Georgian quarter. With free WiFi and there is live music every weekend. When i booked the hotel i was very skeptical but when i saw it it was one of the most cozy and comfortable hotel I stayed at. The staff was amazing and really helpful. Would definitely stay back. 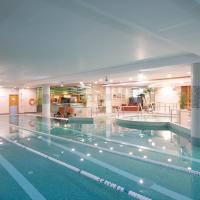 Situated in the heart of Limerick, the 4-star award-winning Limerick Strand Hotel is next to the River Shannon. I liked the Executive Lounge but I would suggest to include more snacks and different types of drinks. Room was fine the only thing I would suggest is to make sure there is enough soap and toilet paper. 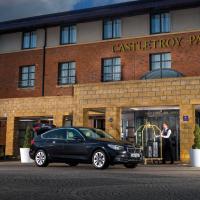 Next to the University of Limerick, this 4-star luxury hotel provides bright and spacious rooms with king-size beds and free Wi-Fi. Guests can enjoy the 20-metre pool, hot tub, and steam room. Air Conditioning made for the best nights sleep!! Breakfast buffet was great pool/hot tub/ sauna was very relaxing, gym was very nice hotel and grounds were modern and well kept, lovely hotel 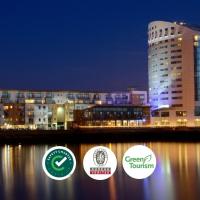 With views from the idyllic location on the River Shannon waterfront in Limerick City Centre, Clayton Hotel Limerick offers free WiFi throughout and access to the Waterfront Restaurant, Grill Bar and... lovely hotel with great facilities. the rooms are very comfortable and the staff are amazing. 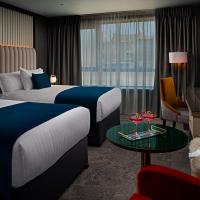 The Savoy is a boutique hotel right in the centre of Limerick, between historic King John's Castle and the landmark that is Thomond Park. Huge choices of breakfast, Irish breakfast and salmon on muffin were very good! Room was very clean and we had a very nice view. Hotel personal was very kind and helpful. 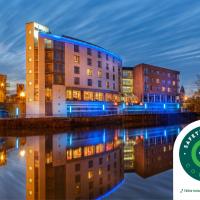 Overlooking the Abbey River in Limerick’s Medieval Quarter, this luxurious Absolute Hotel boasts chic, stylish rooms with 49-inch plasma TVs. Spacious rain showers are provided in each modern... it is in a great location, restaurant was really good and it feels newer and modern. 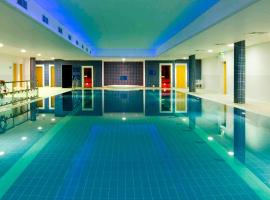 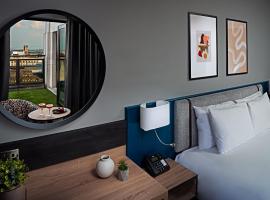 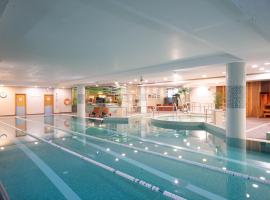 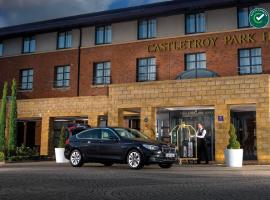 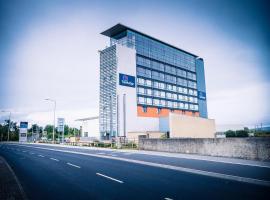 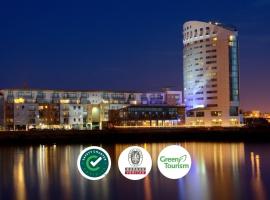 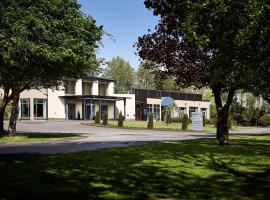 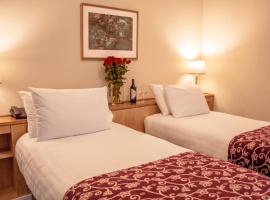 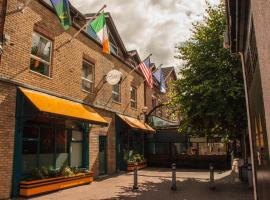 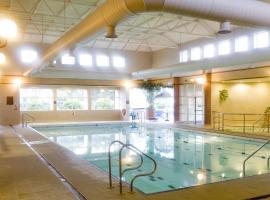 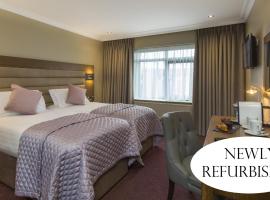 With views over the River Shannon, Limerick City Hotel is in the heart of the city centre, 5 minutes’ walk from Colbert Bus and Train Station. Nice hotel Very modern and clean. Nice icecream. 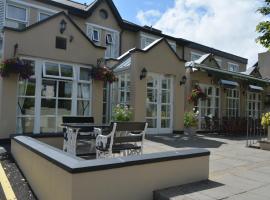 Located a short stroll from Limerick city on the upmarket Ennis Road; the hotel’s location on the Limerick-Galway Road means that you can experience the best of both worlds. Staff were so friendly.Lovely rooms. Lovely food 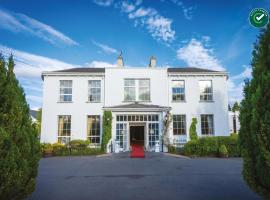 The Castle Oaks Hotel sits on the banks of the River Shannon, just a 5-minute drive from Limerick Castletroy, Limerick Plassey Technology Park,Johnson & Johnson Vision care and Limerick University. The castle oaks is a beautiful hotel spotless clean and the staff couldn’t do enough for us

Pery’s Hotel is situated in the heart of Limerick’s shopping district in the historic Georgian quarter. With free WiFi and there is live music every weekend. When i booked the hotel i was very skeptical but when i saw it it was one of the most cozy and... 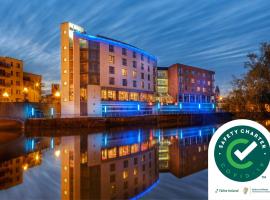 Overlooking the Abbey River in Limerick’s Medieval Quarter, this luxurious Absolute Hotel boasts chic, stylish rooms with 49-inch plasma TVs. Spacious rain showers are provided in each modern... it is in a great location, restaurant was really good and it feels newer and modern.

FAQs about hotels in Limerick

There Once Was a Gem on the Shannon…

Limerick revels in one of Ireland’s most iconic views – the River Shannon curving past King John’s Castle, a 12th-century fortress that could have come straight from a Grimm fairytale. Frank McCourt wrote ‘Angela’s Ashes’ about his childhood here, and his former school is a museum about him, set amid elegant Georgian architecture in the Newtown Pery district. Equally attractive is the custom house, now housing the Hunt Museum's eclectic collection of art and artefacts.

The 12th-century St Mary’s Anglican Cathedral is the city’s oldest building used daily, while St John’s Catholic Cathedral has Ireland’s tallest spire. The coexistence of the two is symbolic of the 17th-century accord between Jacobites and Williamites, supposedly signed on the Treaty Stone.

The Milk Market is a bustling hub of local produce sellers, and the shops of pedestrian Cruises Street are surrounded by restaurants and bars offering great nightlife, including some where you can jig to traditional Irish folk tunes.

The city is also sports mad. Munster Rugby play in Thomond Park, while the Gaelic Grounds ring with the sounds of hurling and Gaelic football supporters. Golf courses, a racecourse and greyhound stadium complete the picture.