Enter your dates and choose from 12,981 hotels and other places to stay!

Explore and find hotels in Denmark

As the birthplace of Lego and master storyteller Hans Christian Andersen, Denmark has a lot to be proud of. Once the land of fearsome Vikings, the country has evolved into a modern marvel. Known for its innovative design and multitude of Michelin-starred restaurants, capital Copenhagen is as cultural as it is colourful. Among the multi-hued houses and bold architecture, the capital is host to some of the country’s top attractions, including the amusement parks of Tivoli and Dyrehavsbakken. Arhus, on the east coast, steps out of Copenhagen’s shadow with its world-class gastronomy and youthful energy as a student hub. Officially named a European Capital of Culture, its home to the magnificent open-air Old Town Museum. It’s easy to forget that Denmark is an island nation, with 72 inhabited islands and over 371 uninhabited. Venture out to Bornholm and Ærø and you’ll discover some of Denmark’s best beaches along with a rich maritime history and picturesque villages. A variety of hotels, hostels, apartments and B&Bs can be found in all major cities like Copenhagen and Arhus, as well as quaint coastal towns like Blåvand. 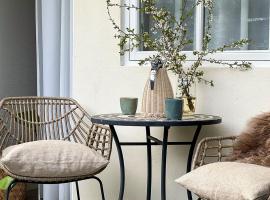 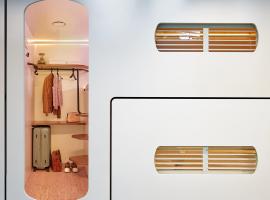 Situated in Copenhagen, 1.3 km from Tivoli Gardens, CityHub Copenhagen features air-conditioned accommodation, a sauna and a bar. It is nice, clean and cozy.. we got way more than we expected... 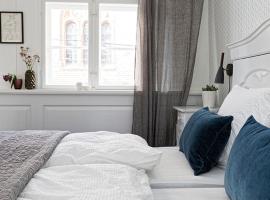 Situated in Helsingør and within 1.1 km of Helsingør Gummistrand Beach, Kagefryd's Gæstehus has a restaurant, allergy-free rooms, and free WiFi throughout the property. The breakfast was superb and hearty! The room was very homey with kitchen and a nice outdoor area. Close to the ferry to Helsingborg and Kronborg Castle. Great place to stay! 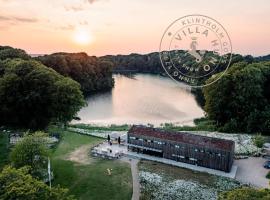 Set in Borre, within 3 km of Cliffs of Møn and 3.1 km of GeoCenter Cliff of Mon, Villa Huno offers accommodation with a garden and free WiFi throughout the property as well as free private parking for... This is a fantastic apartment with an exceptional view and access to hiking within the Møn Klint area. The breakfast is also excellent and after it there is no need for lunch. 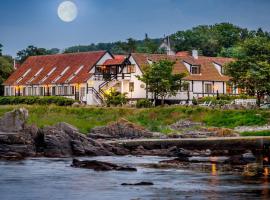 Allinge Badehotel has a restaurant, free bikes, a bar and garden in Allinge. Boasting family rooms, this property also provides guests with a terrace. Guests can have a drink at the snack bar. We loved the cozy courtyard and sweet hosts the greeted us upon arrival. The beds were super comfy and the bathrooms were equipped with some great soaps and shampoos, which is always a nice plus! The breakfast was excellent, freshly baked bread, scrambled eggs, free coffee and tea- truly delicious! We highly recommend staying here if you’re looking for a cozy boutique feel when visiting Bornholm! 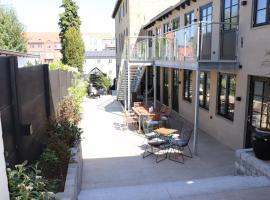 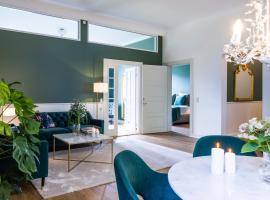 Located in Augustenborg and with Badeanstalten Beach reachable within 1 km, 'Gem Suites Hotel Apartments provides a restaurant, allergy-free rooms, free WiFi throughout the property and a garden. In a very nice, quiet place. Close to the forest with great cycling, walking or running possibilities. Short drive to Sonderborg 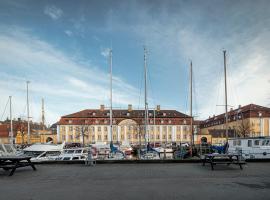 Situated in Copenhagen, within 300 metres of Church of Our Saviour and 1.2 km of Christiansborg Palace, Kanalhuset features accommodation with a restaurant and a bar, and free WiFi throughout the... Breakfast choices limited but adequate and good quality. The ambiance and location terrific. Felt part of the community in a way. Home away from hone. Compared to other accommodation the room at Kanahuset was ample. 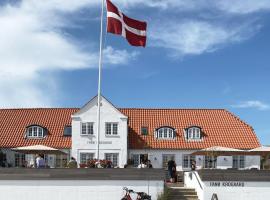 Boasting a restaurant, bar and views of sea, Fanø Krogaard is situated in Fanø, 700 metres from Fanoe Bad Beach. What a nice place!! Hotel is ideally located 200 m from the ferry, but you don't hear anything. Across the street the seals welcome you during low tide, how nice! We stayed in a large room with its private terrace where you can have a drink or read a book, weather permitting. There is also a closed veranda with an open fireplace where you can either have lunch or coffee/drink. The breakfast, lunch and dinner where all so good that we didn't have to go elsewhere on the island. The staff was also very friendly and translated their new menu in English to us. Oh, and there was a parking spot with a charging pole right within the hotel so we could charge our car easily. 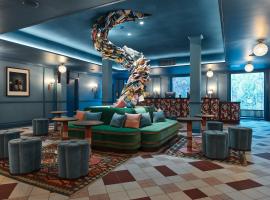 Set in Copenhagen and with The David Collection reachable within 500 metres, 25hours Hotel Indre By offers express check-in and check-out, allergy-free rooms, a restaurant, free WiFi throughout the... We would come back to Copenhagen just to stay here again! The hotel was newly opened during our stay and everything was really fantastic. The lounges, the bar, the breakfast were all wonderful. The rooms themselves were sizable, very well-decorated, and enjoyable to be in. The hotel has a very central location in the old town, but manages to remain pretty quiet during the night. The staff were out of this world and solved a small issue we had with our room very quickly. Can't recommend this place enough! 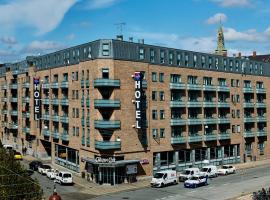 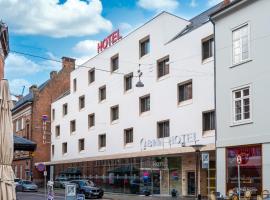 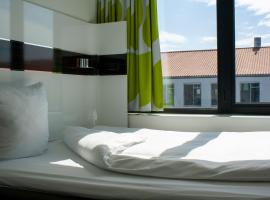 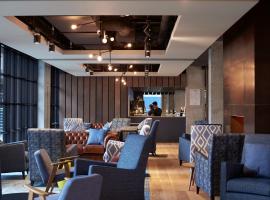 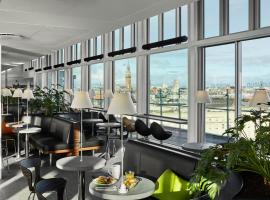 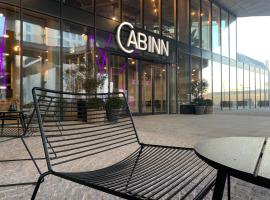 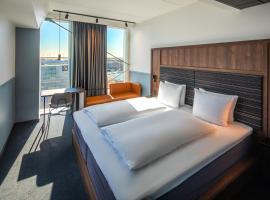 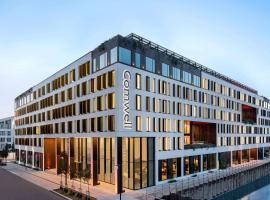 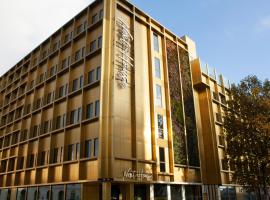